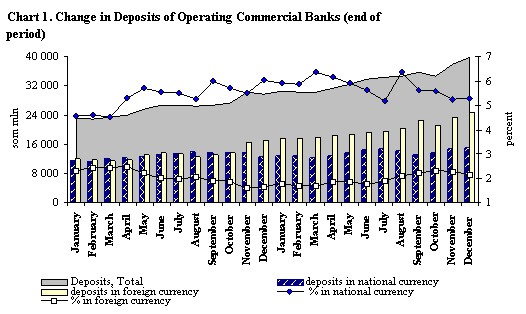 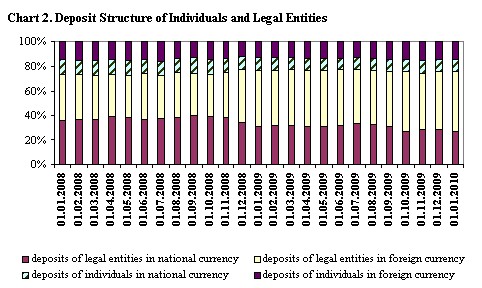 As a result of considerable increase in the national currency deposits balance, the level of the deposit base dollarization increased by 4.9 percentage points in comparison with the beginning of the year and constituted 62.6 percent.

Alongside with this, there was the positive tendency for the population’s deposits growth, the share of which increased from 23.3 to 24.3 percent in the overall volume of the deposit base (see the Diagram No.2). 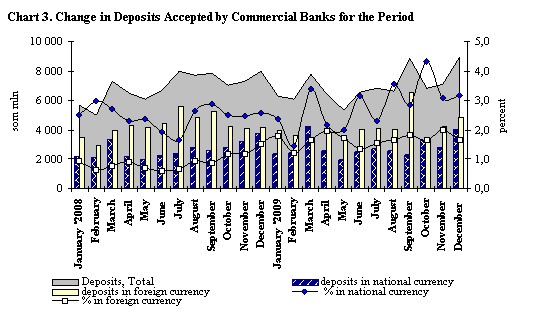 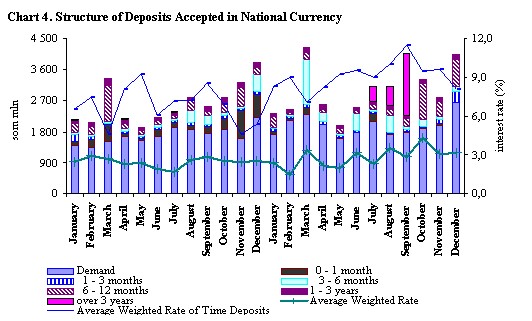 Considerable increase in deposits of the bank, presenting the dominating share in the deposit market, provided growth of the overall concentration index of this market from 0.13 (as of the beginning of the year) to 0.22 (as of the end of December), which testified a high concentration level of the market and was equivalent to division of the market between four banks with equal shares.

In 2009, there was some growth retardation of newly attracted deposits volume, which was provided by decrease in foreign currency deposits. This relates to increased foreign exchange market at the background of considerable fluctuations of the USD exchange rate in external markets and uncertainty of its dynamics in the domestic market. During the year, banks attracted deposits for the total sum of 83.6 billion soms, which was 0.6 percent higher than the corresponding period of 2008. This increase was related to growth of deposits in the national currency by 7.6 percent up to 33.8 million soms, whereas deposits in foreign currency decreased by 3.7 percent and constituted 49.8 billion soms.

In the structure of banks, the average level of rates on newly accepted fixed deposits in the national currency decreased in three banks, whereas in other banks rates increased.

The real rate on fixed deposits in the national currency within the reporting period constituted 1.3 percent against -13.1 percent in 2008. This change was provided by considerable decrease in the inflation level on an annualized basis. 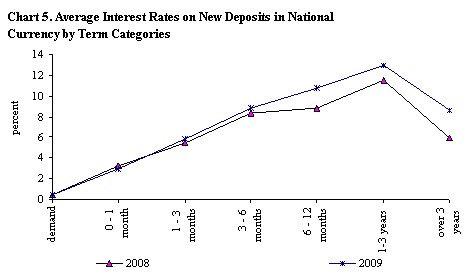 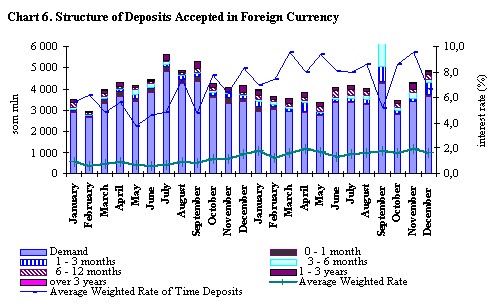 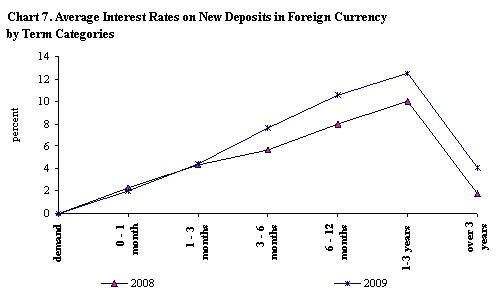 In the structure of deposits by banks, the average rate on newly accepted fixed deposits in foreign currency decreased in 6 banks and increased in other banks.