From 24 September 2019, the National Bank of the Kyrgyz Republic puts into circulation silver collection coin “5 years of the Eurasian Economic Union” of the series “Historical events”.

The main image of the obverse of the coin is the stylized figure “5” with the official EAEU emblem and images of the flags of the EAEU member-states depicted by means of color printing. The national ornaments of the EAEU member-states are depicted on the left part of the coin. The inscription “Евразия экономикалык бирлиги/ Eurasian Economic Union” is placed around the coin circumference.

Each silver coin with a certificate placed in acrylic capsule and packed into a separate box.

Specifications of the coin

The collection coin is the legal tender in the territory of the Kyrgyz Republic. 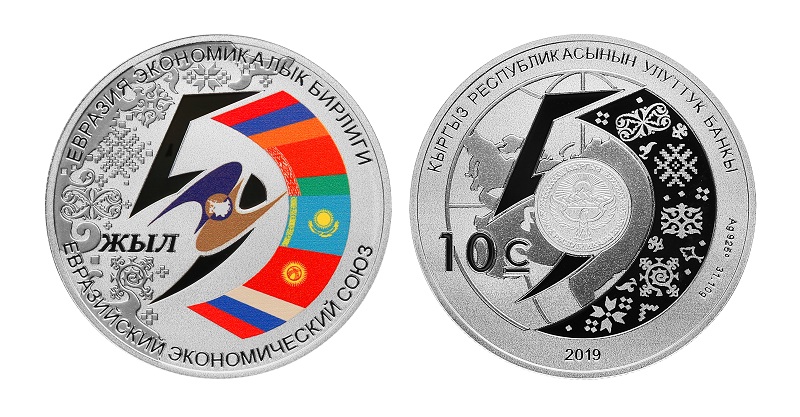